Hila: How did you start working on the new Cave In album? With each band member that has his own projects, was there someone who felt that it was about time for another amazing Cave In album and pushed it?
Steve: There were a few concentrated attempts at writing new material after White Silence came out in 2011. But it wasn’t until 2017 that Caleb had a crystallized vision of what a new Cave In album should sound like. That’s when everyone got onboard to write most of the material for “Final Transmission”.

Hila: Are you planning to do a Final Transmission tour? And will Cave In continue to be active and work on new music?
Steve: There’ll be a few shows happening overseas in June shortly after the album is released. We’re also making plans to tour the US in support of the album. Beyond that, nothing is set in stone.

Hila: Your show with Adam at Roadburn in 2018 is one of the most emotional and powerful things I’ve ever heard and seen. It’s heartbreaking but also filled with so much love for you, for Caleb, for music. From where did you get the strength to do that show?
Steve: Thank you. Well, Adam and I have been playing with that particular format of performing for several years. For Roadburn, we found courage thanks in part to the people involved with the festival giving us a slot to play. And the strength came from Converge, who allowed us to use their dressing room bathroom as a rehearsal space.

Hila: It seems like that you guys – You, Adam, Ben, Curt and just everyone in Cave In, Mutoid Man, Converge and Old Man Gloom are very close and have a special bond over 20 years. What is the secret to this long lasting brotherhood?
Steve: Many of us spent formative years in the northeastern part of the US. During that time our bands played shows, toured, and experienced life outside of music together. I think that foundation helps us to have a similar attitude about doing this.

Hila: What are the future plans for Mutoid Man?
Steve: The band has written a bunch of new material. I’m pretty pumped on it. Would be nice
to road test the music before we record again… we’ll have to make that happen somehow.

Hila: How did Marty Friedman end up playing on War Moans?
Steve: A few years ago, we asked a promoter in St. Louis to give Marty a copy of “Bleeder”, since he was playing the same venue a week or two later. Turns out that Marty received the album, listened to it, and liked it enough to reach out. He’s one of the hardest working musicians out there and continues to be an inspiration. Marty joined us for the song War Moans at a show in Tokyo, which he graciously learned, in addition to having written an awesome guitar solo. I’ve absorbed so much of Marty’s playing and spirit over the years that it’s hard to measure, and getting to hang out with him a bit and realizing what a rad soul he is just completes the picture for me.

Hila: Did you think about Chelsea Wolfe when you wrote Bandages and Wreck and Survive?
Steve: We thought about Chelsea and her bandmate Ben Chisholm during the recording process for the album. Thankfully they were available and interested in adding to those songs, which we felt were different from the bunch, and wanted to include a special type of musical personality to celebrate those differences. Very grateful that it worked out so well.

Hila: Will there be a new season of Two Minutes To Late Night? And what was the cover that you enjoyed doing the most?
Steve: I hope so! I know the show takes a lot out of its creators. It’s also an awesome crew of people, and the payoff for me comes in countless ways. Covering Van Halen felt wild, but learning Purple Rain was a spiritual turning point, where I felt like my sense of existence was heightened by adding a Prince song to my musical DNA.

Hila: The new songs by NIS are killers. How was the musical connection with Mike formed again? Did that experience make you wanna do a whole New NIS album?
Steve: Thank you again. Mike and I have been friends since high school, and these days we both live in the same neighborhood in Brooklyn. Naturally the idea of creating music together has come up several times in conversation. I think once we locked in with Brian Cook and Alan Cage as a rhythm section, it really made things exciting, fresh and new. As long as Mike continues to write really cool songs, I wouldn’t be surprised if we collaborate together again down the line.

Hila: Droneflower is brilliant. Hope it’s not offending you as a Slash fan, but I like your version of Estranged better than GnR- the best cover of the year! About the working process with Marissa – Who did write the lyrics? The music? Or did you both work it through together?
Steve: Happy you like it. And no offense taken – just feeling fortunate that people are enjoying another take on a great song. Marissa wrote most of the Droneflower lyrics – some of my favorite lines on the album are the ones it seems like she came up on the spot. She’s got a fantastic sense of creative spontaneity, and in those moments, I simply did my best to capture her very musical free-spirited nature.

Hila: Are you still working on your own solo material? Should we expect to see a new solo album sometime?
Steve: I’m always working on what could be considered solo material in my own time. As of late, I gravitate towards collaboration. Part of the reason for that is because my solo “career” never really took off, and didn’t seem to grow legs of its own. The other part is that I’ve grown fairly dependent upon the reflection given back to me in a collaborative group setting. I’m lucky to have good relationships with great musical peers, ones who’ve been with me since the start of my musical journey. And it seems foolish of me not to share my vision with them, and in turn, build something truly greater than what I could achieve on my own.

Hila: What are your latest favorite albums or music that you’re into these days?
Steve: Right now, I’m listening to the new Sunn album. After the passing of Scott Walker, I also found new appreciation for their collaborative album “Soused”. My friends in Wear Your Wounds are about to release a new album, and so far what I’ve heard is pretty rad. Otherwise, I’m a newcomer to Roger Eno’s “Voices” album, which gets heavy rotation at home for purposes of establishing maximum tranquility.

Hila: The inspiration for your lyrics – is it mostly based on your personal life or on the surrounding or your imagination (which I guess is personal too)?
Steve: A lot of my songs are observations, feelings, and impressions of this world crammed into a specific filter that I’ve created for myself to express lyrics and melody. The best moments in writing music are the ones that teach me something about myself – that’s usually when something I’m working on feels potentially worth sharing.

Hila: What are the songs that you like the most to play and sing live?
Steve: I’ll always love playing “Patience” by Guns N Roses, maybe because it’s the first song I learned how to play. “Sing My Loves” is easily one of the best Cave In songs, and I’ll always have great memories of writing that one together. “Date With The Devil” by Mutoid Man is always enjoyable to play, especially when Ben and Chris bust out a surprise drum solo near the end – makes me wish we’d recorded it that way!

Hila: When did you realize you can actually sing and that you have such an incredible amazing beautiful voice? How do you keep your voice in a top shape and do you have special techniques?
Steve: Aw thanks. I didn’t know many confident vocalists growing up, so in a way, that maybe pushed me to figure out my own thing. And it still feels like a work in progress. To keep my voice in shape the road, I’m usually kind of a square – lots of sleep aka no partying, not really drinking or smoking either. Even still, I have my moments with it – good and bad. Maybe that’s just because I care.

Cave In - All Illusion // Hydra Head

Cave In - Down The Drain // Hydra Head

Update Required To play the media you will need to either update your browser to a recent version or update your Flash plugin. 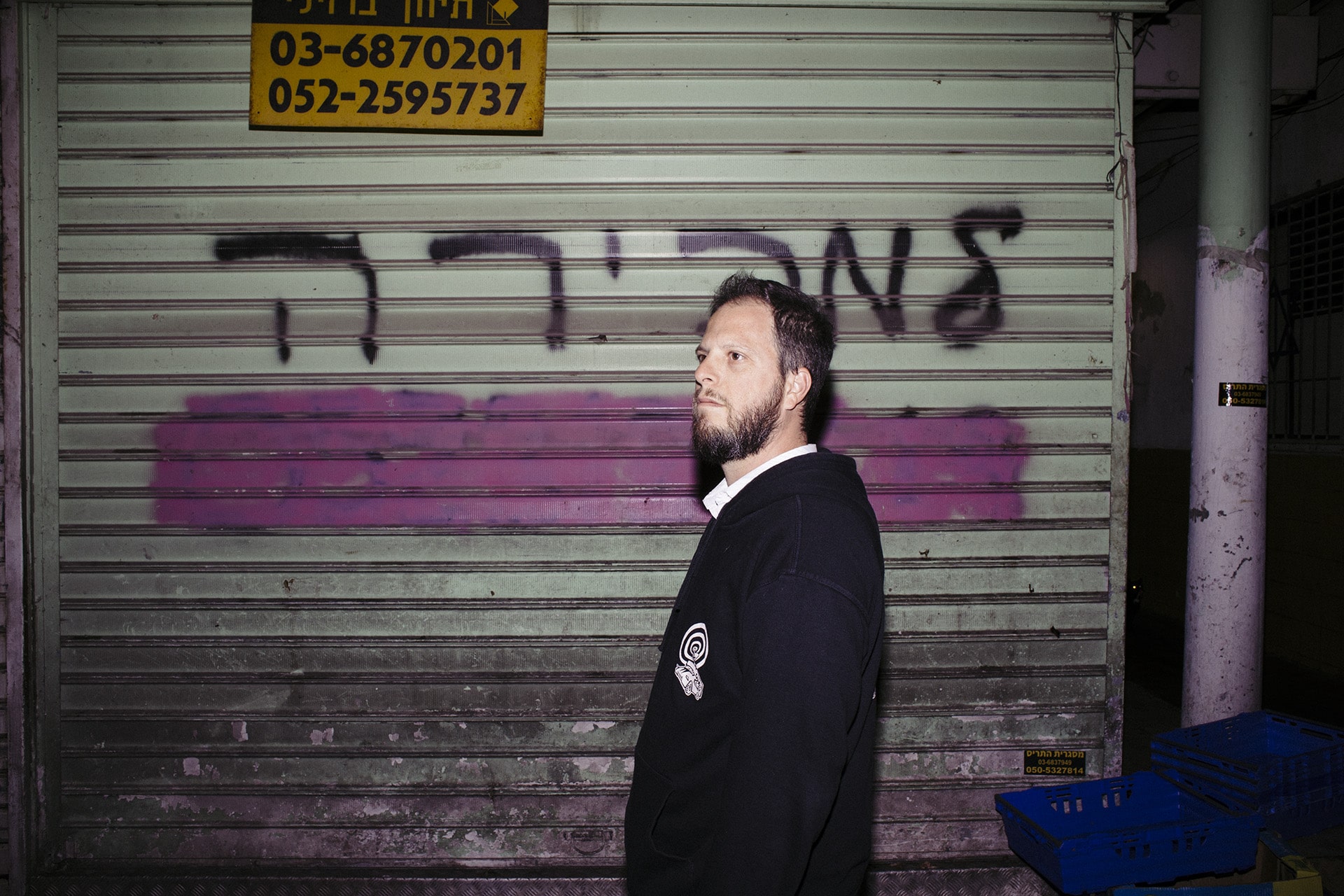